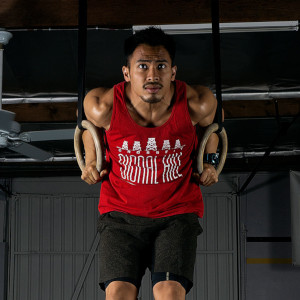 Jaime was born and raised in the Philippines and moved to Long Beach, CA with his family in 2003. After acclimating with his new surroundings and culture, he attended Long Beach Polytechnic High School, where he discovered his desire to compete in athletics, playing badminton, wrestling, and eventually finding his love of rugby.

In awe of the team camaraderie and of the pure joy he experienced while playing, Jaime joined the Belmont Shore U-19 Youth Rugby Club in 2008. This experience catapulted him into attending California State University, Long Beach and joining the school’s rugby club. Naturally, his enthusiasm and determination led him to gain the title of Vice President of the rugby club during his senior year. Jaime played as their starting scrum half during his freshman year and he held that position until he graduated in 2013 with a Bachelor’s degree in Political Science.

It was during his rugby career where he met his future business partner, Phil Sarris, one of the Strength and Conditioning coaches for the CSULB Rugby Team. Phil introduced Jaime to Crossfit, and the rest is history. Jaime has been with Crossfit Signal Hill since its inception and subsequently a steady success. Along with Crossfit, Jaime has also developed his skills in Olympic Weightlifting, competing as a 69 kg (151 lb.) lifter and a member of SENSE Gym coached by Nghiep Dinh. Jaime credits most of his success to Phil and Nghiep due to their unique methods of coaching. Jaime looks to become competitive in both Crossfit and Olympic Weightlifting but also wants to become the best coach that he can be.